However, because we received many requests to embed Twitter feeds, so today we are going to show you how to do it by using a third party service.

Firstly, you may know about the official Twitter embed script, which looks something similar to the code below, however that cannot be used on STUDIO.

FeedWind generated code to embed a variety of services and apps. Use FeedWind in order to embed your Twitter feed on your STUDIO website. 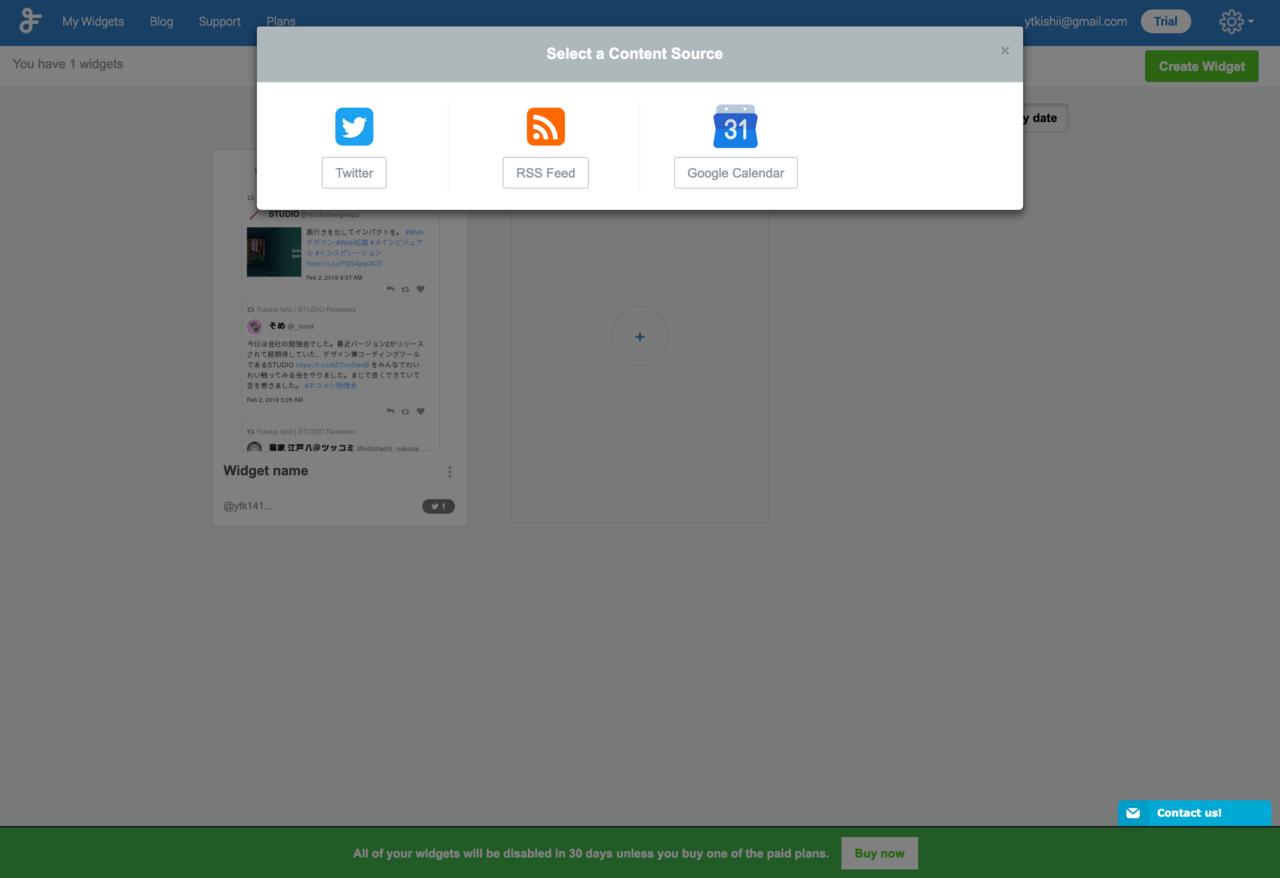 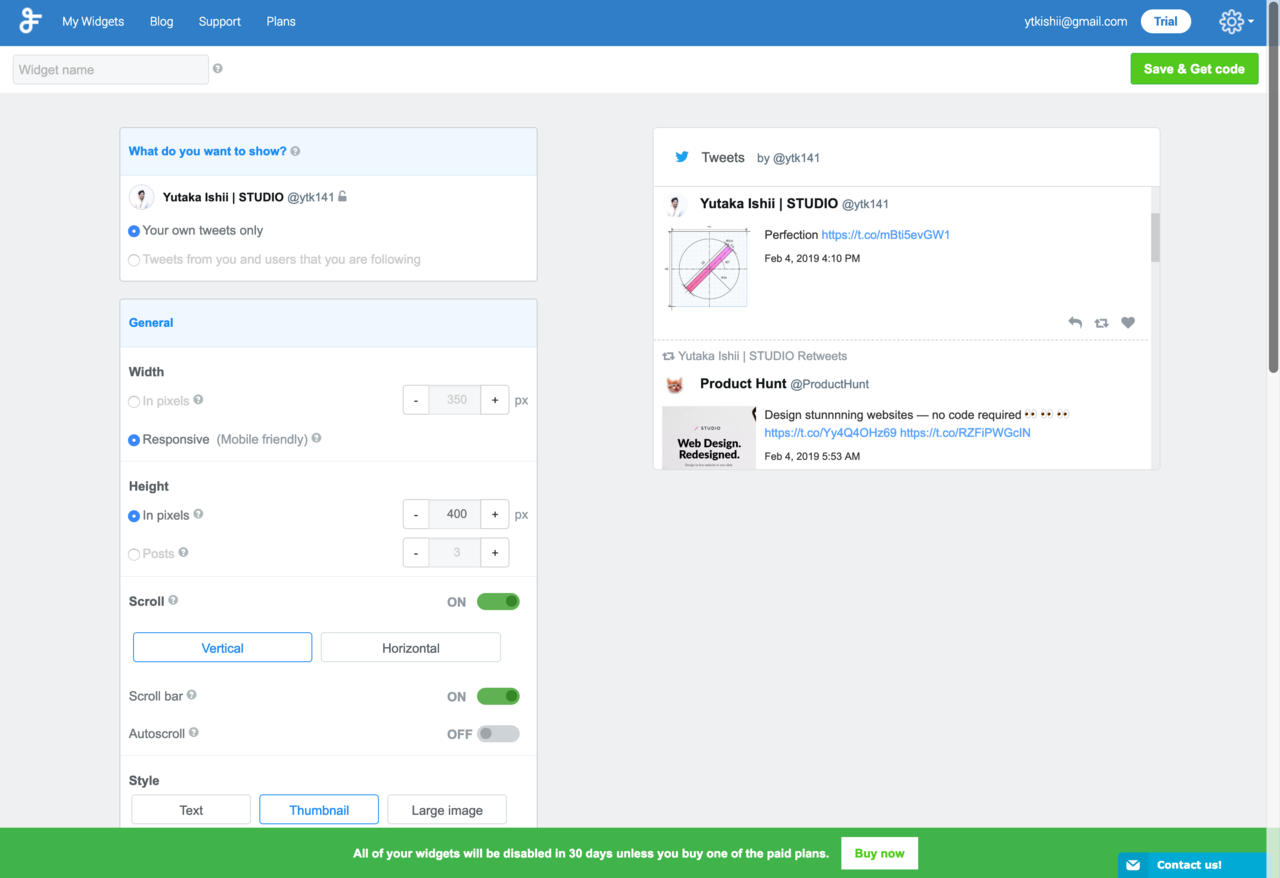 3. Get the embed code

After you have connected FeedWind & Twitter, get the embed code that is generated.

From the top right, click on 'Save & Get Widget'. Once you do, the script tag will appear on a pop up window: click on 'Get Iframe Version'. 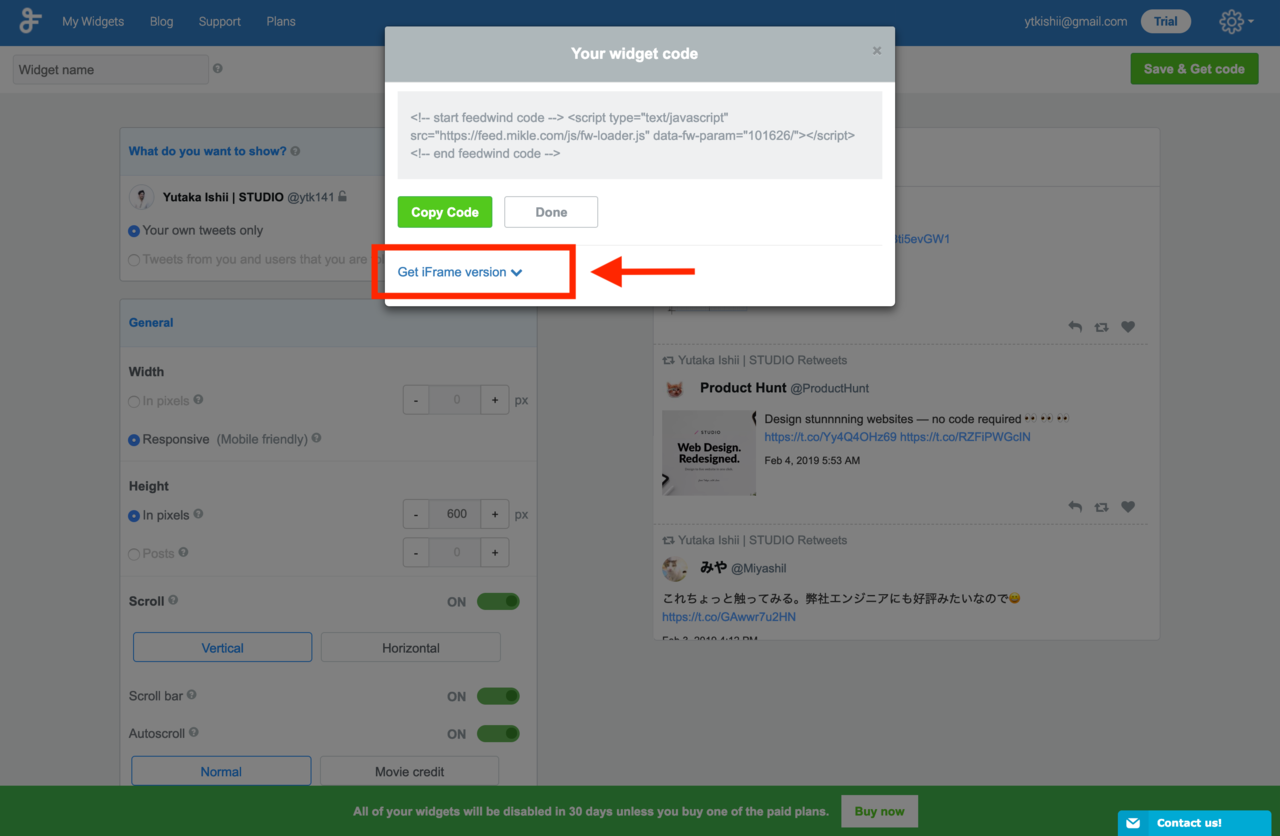 An iframe code similar to this one below ↓ will appear: copy it. 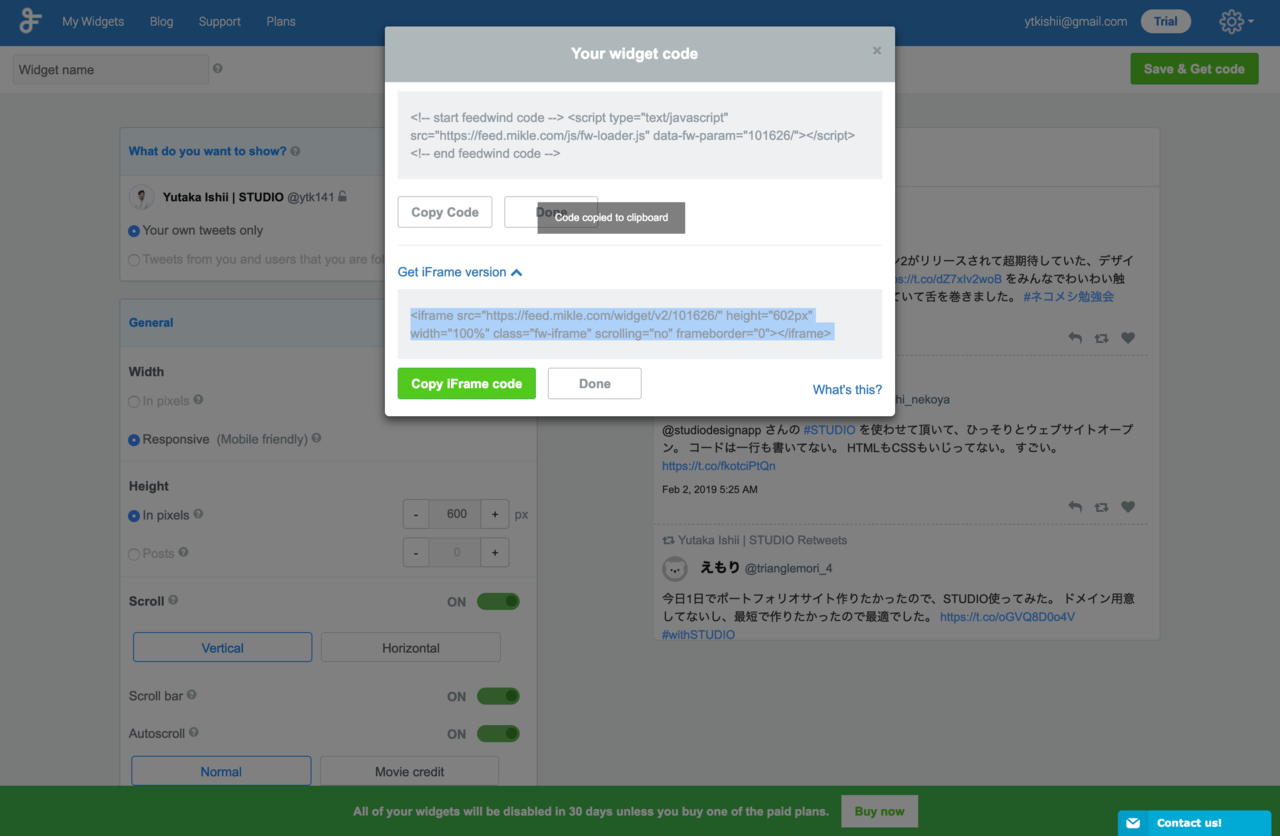 4. Paste the code on STUDIO

Once you have copied the code, go to STUDIO editor and add an Iframe box to the canvas. Then, copy & paste the iframe code into the embed code space of the iframe, and the Twitter feed will be embedded on your website! 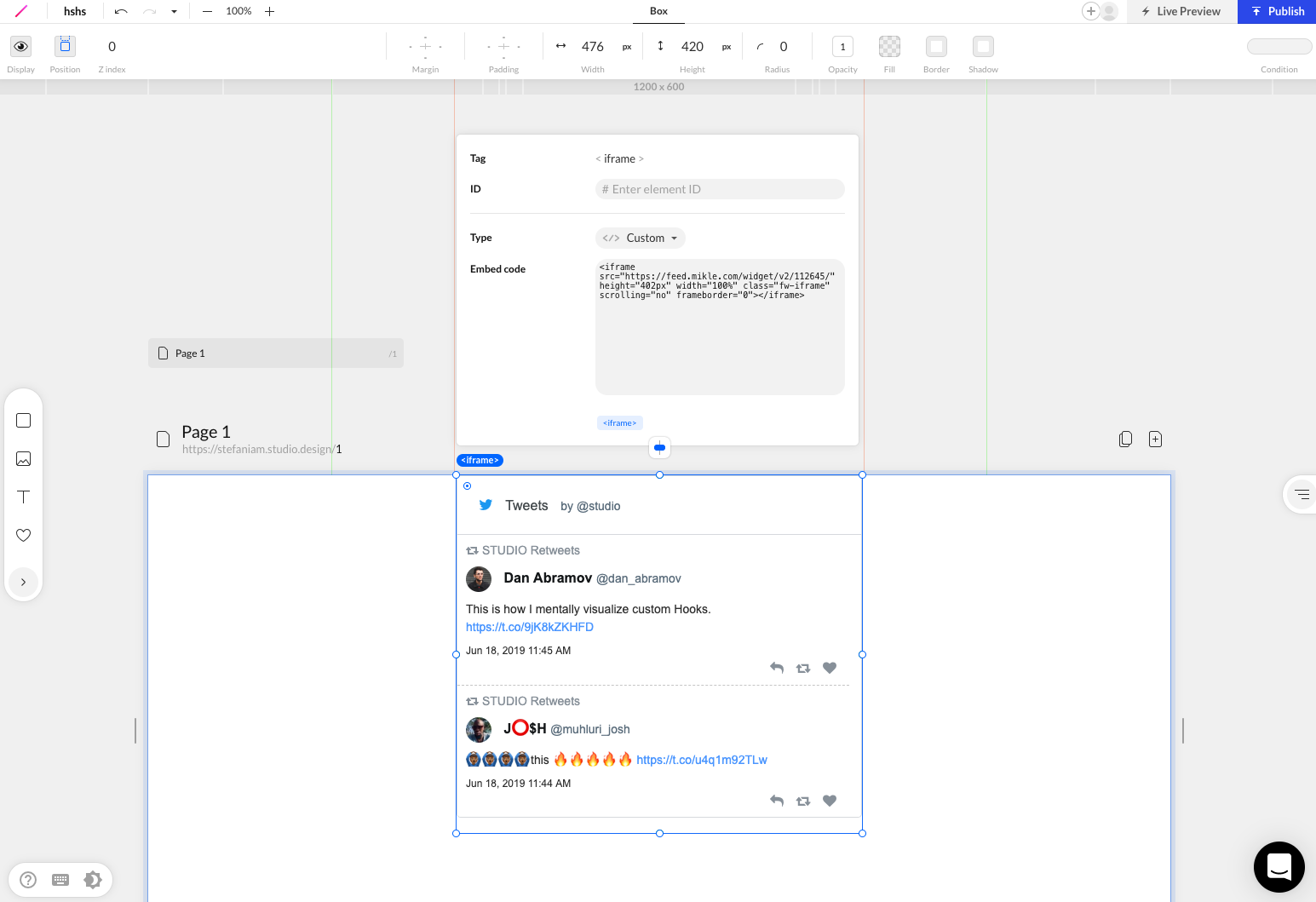 How to integrate Channel Talk on a STUDIO website

STUDIO saves weeks of your time usually spent updating mockups and writing code so that you can focus on what really matters: design.